ARLENE RUBENSTEIN LUDIN, 89, of St. Petersburg, died June 19. Born in Pittsburgh, she married the late Dr. Edward Ludin in 1953 and they raised their children in Cherry Hill, NJ, where he was a plastic surgeon. She was involved in the art scene, chairing the National Council of Jewish Women art show and later serving as president of her […] 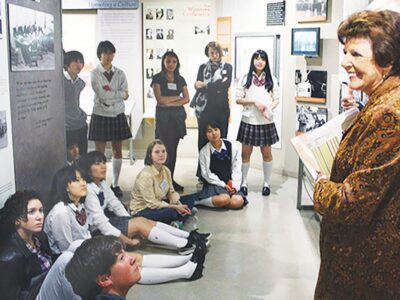 Lisl Schick, 94, who taught lessons of the Holocaust

Alice ‘Lisl’ Schick once wrote, “My parents gave birth to me twice. Once when I was born and once when they put me on the Kindertransport.” That brave act in April 1939 by parents Paul and Charlotte Porges – putting Lisl, age 11, and her younger brother Walter, age 7, on a train in Vienna, Austria, and entrusting strangers to […]

JUDY ANN BUNS, 74, of Largo, died May 24. Born in Baltimore, she was a homemaker and a longtime member of Congregation B’nai Israel in St. Petersburg. Survivors include her husband of 49 years Jack Buns; son and daughter-in-law, Dr. Michael and Brenna Buns, Sandy Spring, MD; daughter and son-in-law Sarah and Chris Griffith, St. Petersburg; brother and sister-in-law Dr. […]

Category Pages are limited to 90 days. Please use the archive page or the search box to find older articles.